THE PAST IS A GROTESQUE ANIMAL is a personal, accessible portrait of an artist – of Montreal frontman Kevin Barnes – whose pursuit to make transcendent music at all costs drives him to value art over human relationships. As he struggles with all of those around him, family and bandmates alike, he’s forced to reconsider the future of the band, begging the question – is this really worth it?

Hailing from Athens, GA., of Montreal have carved their own niche -- establishing themselves as a band that thrills fans with compelling live performances, delights critics with their constant innovations, and continually showcases their musical evolution by drawing from a different set of influences for each album.Primary songwriter Kevin Barnes pours emotion -- heartbreak, frustration, elation, whimsy -- into lyrics that shift from adopted personas to invented alter egos to unobstructed views directly into his psyche. 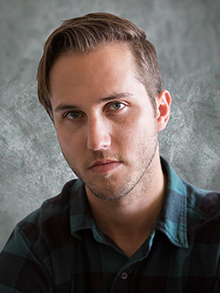 Jason Miller is a Los Angeles-based filmmaker. He met the guys and gal in of Montreal while attending college in Athens, Georgia and accidentally embarked on the seven year adventure of telling their story.

Jason got his start directing music videos for A-Trak, Diplo, Major Lazer, Empire of the Sun, and the illustrious RiFF RAFF as well as producing and directing ProMax award-winning promos for many of FX Network's top shows, including American Horror Story, Sons of Anarchy and The Americans. 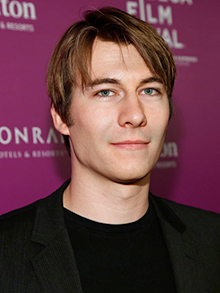 Andrew Napier is a director, producer, writer and editor. He was a producer and assistant director of the 2013 Academy Award®-winning short film 'Curfew', and then edited its feature adaptation "Before I Disappear" (SXSW 2014 Audience Award Winner). Andrew directed the feature documentary "Mad As Hell" (Hot Docs 2014), which follows Cenk Uygur, who's online news show "The Young Turks" has amassed over one billion views on YouTube. Andrew produced and edited "The Past is a Grotesque Animal', a documentary about the band "of Montreal", released by Oscilloscope Laboratories. He directed the narrative short "Grandma's Not A Toaster" (Tribeca 2013) and the feature documentary "Mary and Bill" (2012). Andrew co-produced the romantic comedy "Lust For Love" (2014) starring Fran Kranz and Dichen Lachman. He executive produced the dark comedy 'The Lord of Catan' (2014) starring Amy Acker, and the documentaries "Bounce: How the Ball Taught the world to Play" and "The Culture High", about the war on drugs. He attended the University of Wisconsin - Madison. Find him on twitter and learn more about his film MAD AS HELL. 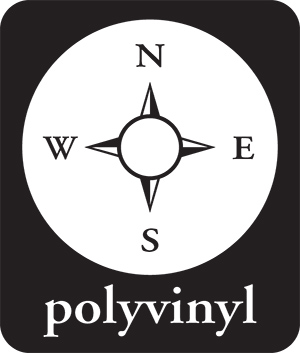 While still in high school, Matt Lunsford and Darcie Knight founded Polyvinyl Press in 1994. The self-published fanzine focused on album reviews while documenting the burgeoning music scene developing in the Champaign-Urbana, Illinois region.

Soon, Matt and Darcie began making friends with many bands from across the country, most of whom recorded for tiny labels with virtually no distribution. The two began selling records at local shows, often squeezed into a small booth at the back of tightly-packed basements.

Given their industrious nature and desire to promote the music that was becoming central to their lives, it wasn't long before Matt and Darcie started releasing music themselves. The July 1995 issue of Polyvinyl Press included their first official release -- a split 7" featuring Back of Dave, a hardcore band from Alton, Illinois, and Walker, a pop band from Lafayette, Indiana -- and Polyvinyl Records was born.

Over the next year, Polyvinyl issued its first few releases -- most notably several singles from the Champaign-based band Braid. To mark the transition from fanzine to label, the final issue of Polyvinyl Press (published in May 1996) featured a compilation titled Direction – a 20-track album that documented the mid-‘90s midwestern D.I.Y. scene. One band featured on the record, Rainer Maria, became the first to join the label’s active roster and released its debut EP later that summer.

Over the next couple of years, Matt and Darcie (now married) began to slowly expand Polyvinyl without deviating from their D.I.Y. roots. Inspired by Dischord’s 50/50 profit-sharing model, they started offering the same deal to their bands.

In early 1998, Braid’s seminal album Frame and Canvas was released – giving both the band and Polyvinyl national attention. During this time, the label continued to grow with new bands such as American Football, Pele, Aloha and Sunday’s Best (the first act from the West Coast to join the Polyvinyl roster).

After Braid disbanded in late 1999, Rainer Maria moved to the forefront and maintained the label's momentum. "For the first half of Polyvinyl's existence, the trajectory of [Rainer’s] growth sort of matched up with ours," says Matt. "We both grew together and watched each other develop." As the band connected with young audiences, so did the label. "I feel like the Rainer fans also all grew with Polyvinyl, so naturally, as things changed, the fans followed along."

In 2001, the label officially moved from suburban Danville, Illinois to Champaign-Urbana, a college town with a vibrant music scene.

As Polyvinyl became more established, more acts joined the roster – including Mates of State, Owen, matt pond PA, Ida, Saturday Looks Good to Me, Joan of Arc and of Montreal -- the addition of bands remained an entirely organic process. For example: members of Joan of Arc and Owen were also in Cap'n Jazz, a band the Lunsfords had booked for a show ten years prior, and their eventual signing of Ida grew out of a genuine fandom pre-dating the label's existence.

In 2005, of Montreal's The Sunlandic Twins (the band’s second album for Polyvinyl) brought the band mainstream fame with three successful singles, rave reviews, national television exposure and relentless touring. As of Montreal continued to garner acclaim and grow in popularity following the release of 2007's Hissing Fauna, Are You the Destroyer?, Polyvinyl grew as well.

2008 saw Polyvinyl expanding geographically in more ways than one – opening a PV West Coast office in San Francisco and signing Australian band Architecture in Helsinki (the first non-American band to join the roster).

Now with a family of bands from all over the world (including Norway’s Casiokids and Sweden’s Loney Dear and Love Is All) and an extensive back catalog of over 200 releases, Polyvinyl remains dedicated to the D.I.Y ethics that have been a hallmark of the label throughout its 15-year history.

Thank you to the 1,124 Kickstarter Backers for making this film possible.